Timberland are renowned for their hard-wearing, rugged clothing lines. They have an identity with a strong tradition and and a strong product character that has helped them become a major presence on the high street.

Carrying this character and identity throughout their stores is critical to the success of their brand message, with all stores drawing on the same visual styling and product merchandising.

The brief was to communicate that information and show staff how to display their products and dress the stores to give a totally consistent look and feel. Throw in the fact that this information needed to be conveyed to stores not only in the UK – but in different languages right across Europe and we were facing a real challenge!

The information itself was primarily conveyed with photography of the ranges, backed by illustrations of fittings and clear concise texts. Alongside these, we used carefully constructed montages to reflect and illustrate the character of key ranges, along with recreations of typical point of sale configurations.

Time was a key factor in the project, with all packs having to be created and printed within an 8 week period. To complicate that further, these substantial visual merchandising packs were also required in five European languages as well as English within what was already a tight timescale.

To achieve this, the packs were first designed and produced in English to get all the content exactly right. The packs were then passed across to our translators and translated into French, German, Spanish, Portuguese and Italian. We then put this copy into place with the images and other content before proofing the packs with Timberland people from each of the countries involved, and then carefully amended to make sure all the correct terminology was used and none of the detail was lost in translation. 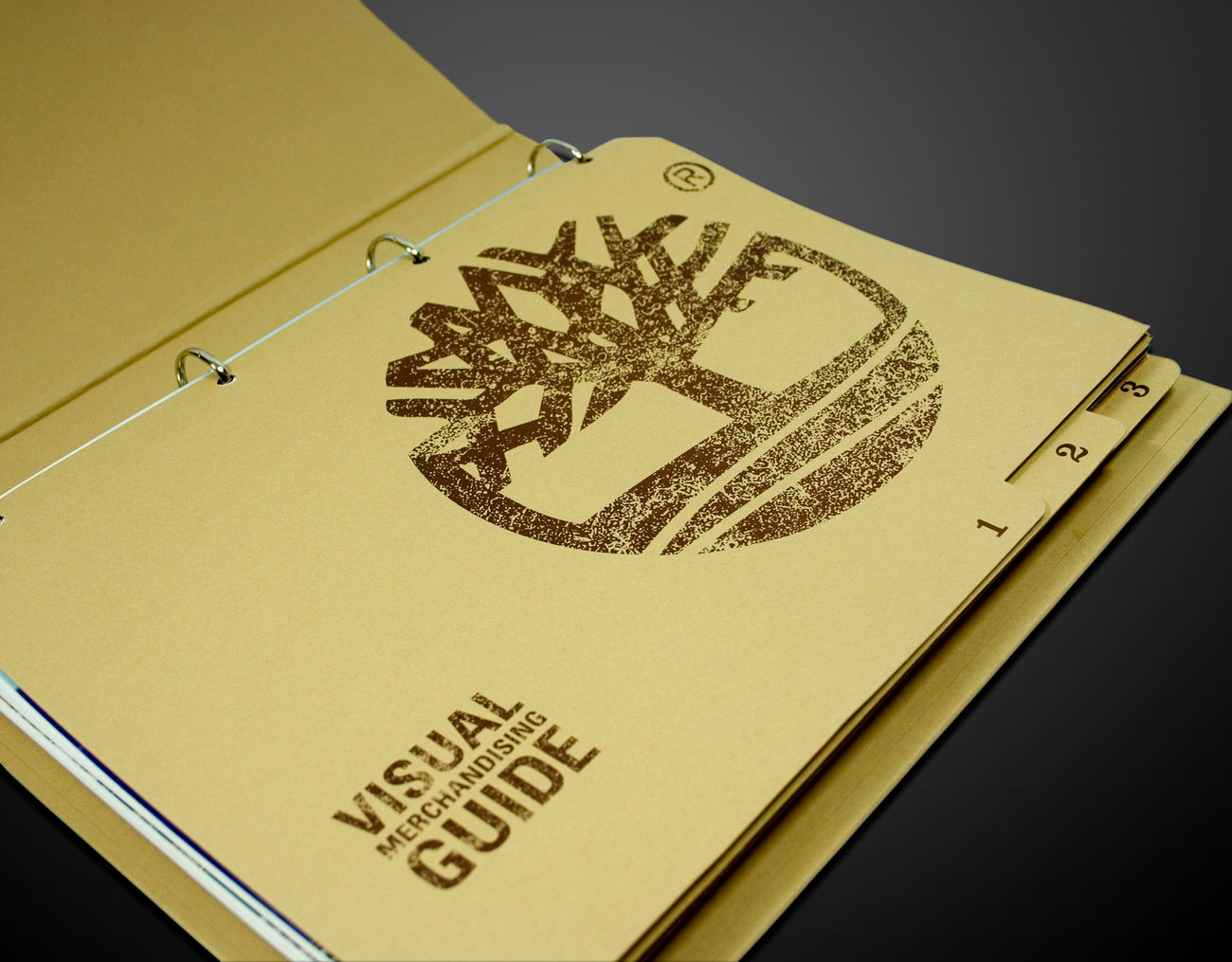 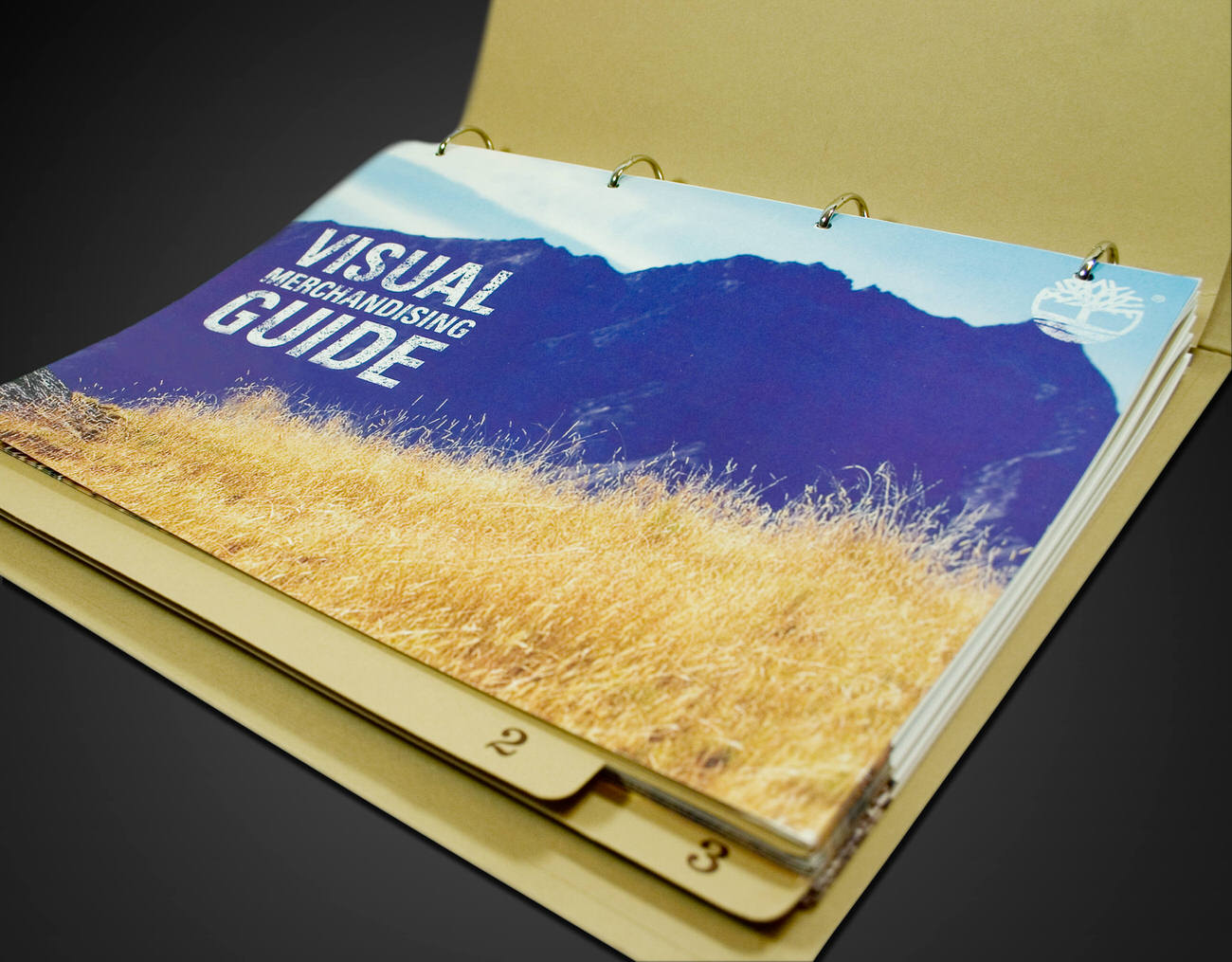 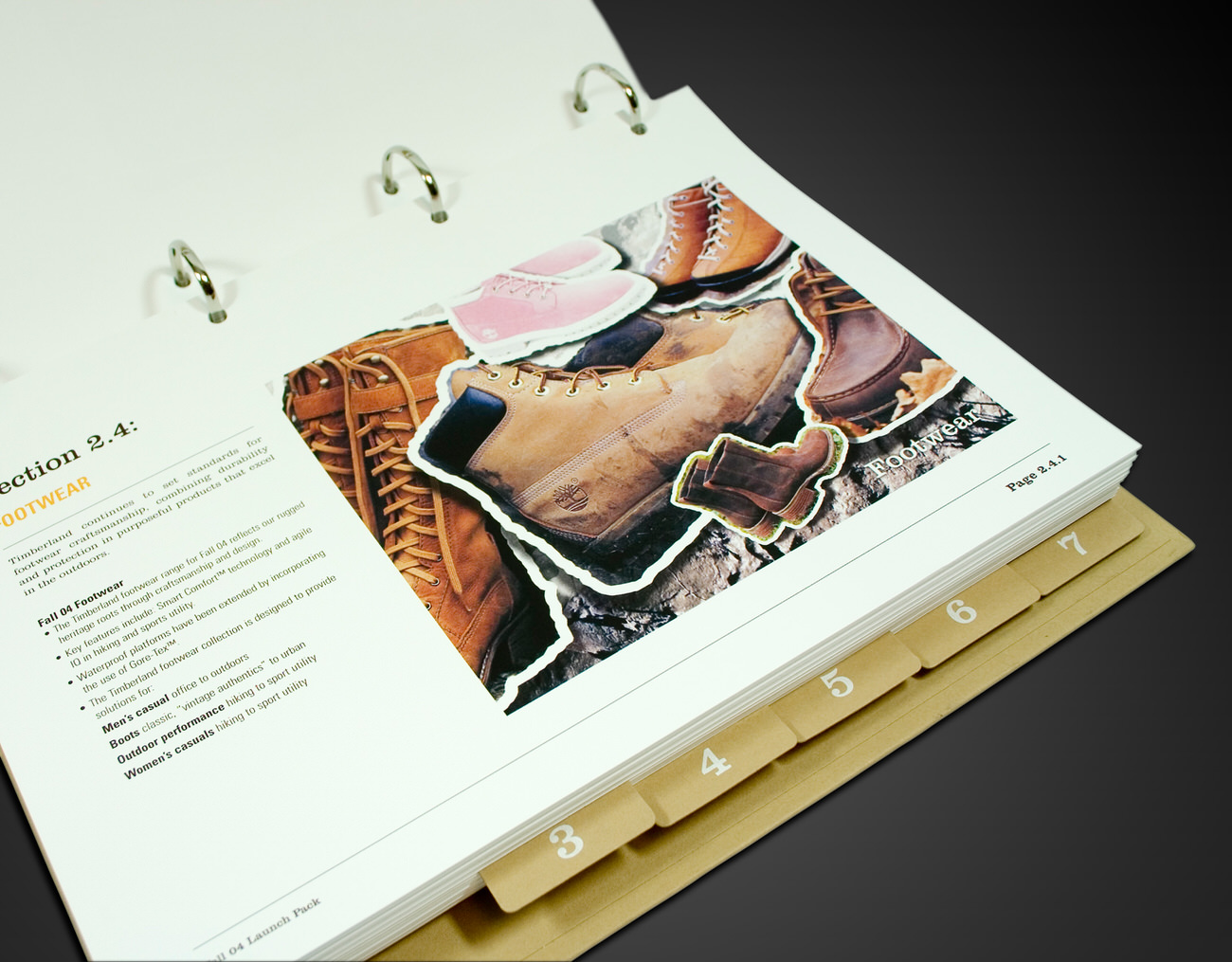