Maglite is one of the world’s most recognisable brands, and their products are renowned the world over for their quality and reliability. Their standard product already defined the conventional torch market, and working with their UK distributor, we were asked to reflect the high levels of expectation from both the industry and consumers when they decided to finally enter the already competitive LED flashlight market.

Maglite were relatively late to the LED torch market, and there was some concern that their competitors had a head start on them. Combined with this, we were given a whole raft of technical information about the product’s efficiency, and explaining how LED technology improved on conventional torches.

We decided to turn the delay in joining the market to our advantage. Much of the competitions marketing and industry coverage had focused on the technical benefits, and it was clear that most people understood the basic principals that made LED a better choice. In addition, Maglite’s reputation meant that most assumed the product would be the equal of or better than the alternatives.

We therefore went with the simple campaign message “the wait is over”. This confident approach and the graphics spotlighting the familiar maglite in a halo of light all built on people’s assumption that Maglite would be the new market leader, and the message strength cam from the overall swagger of the campaign.

The message was carried from industry and consumer press through to the London Underground. It was backed up by more functional items containing the technical detail, and repeated on display graphics, instore promo items, product spec sheets and industry pricing guides. 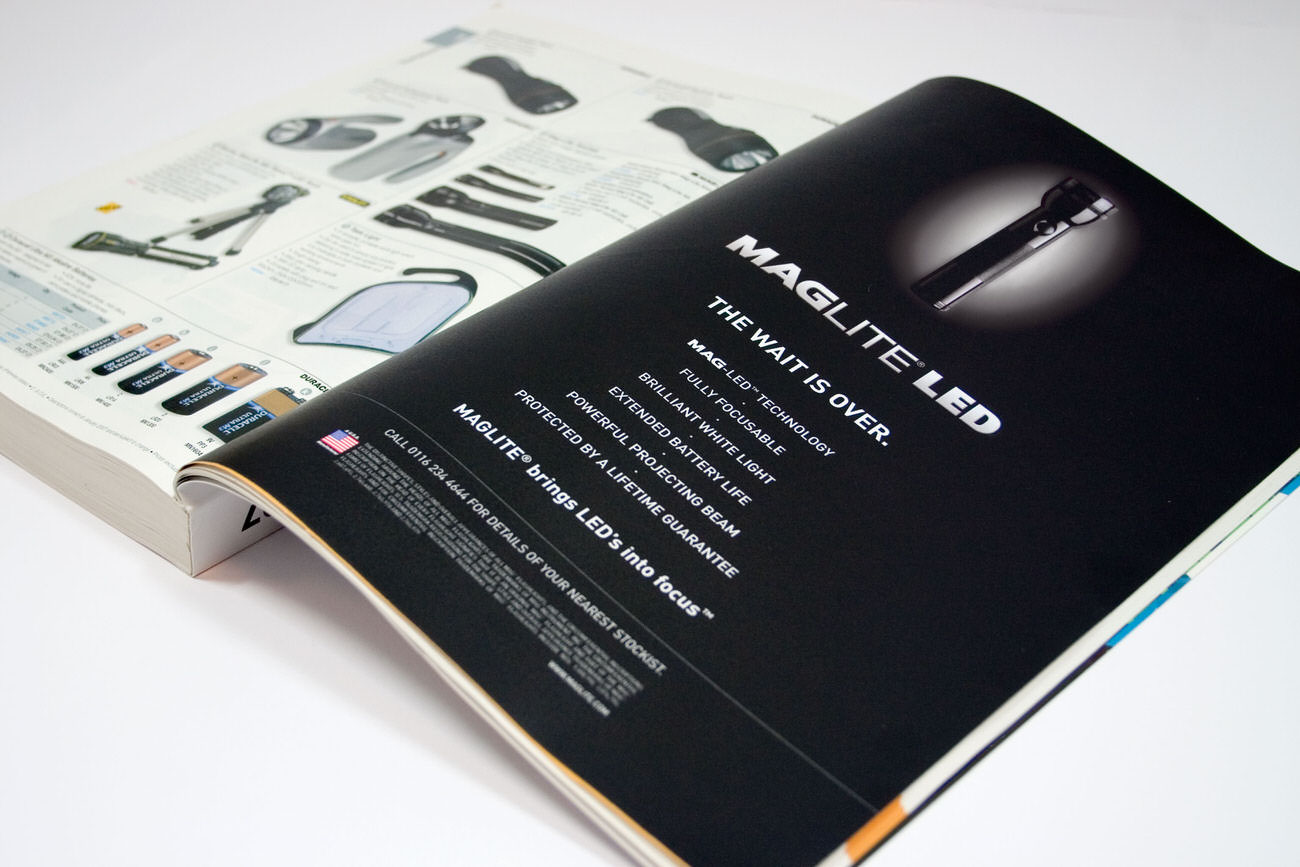 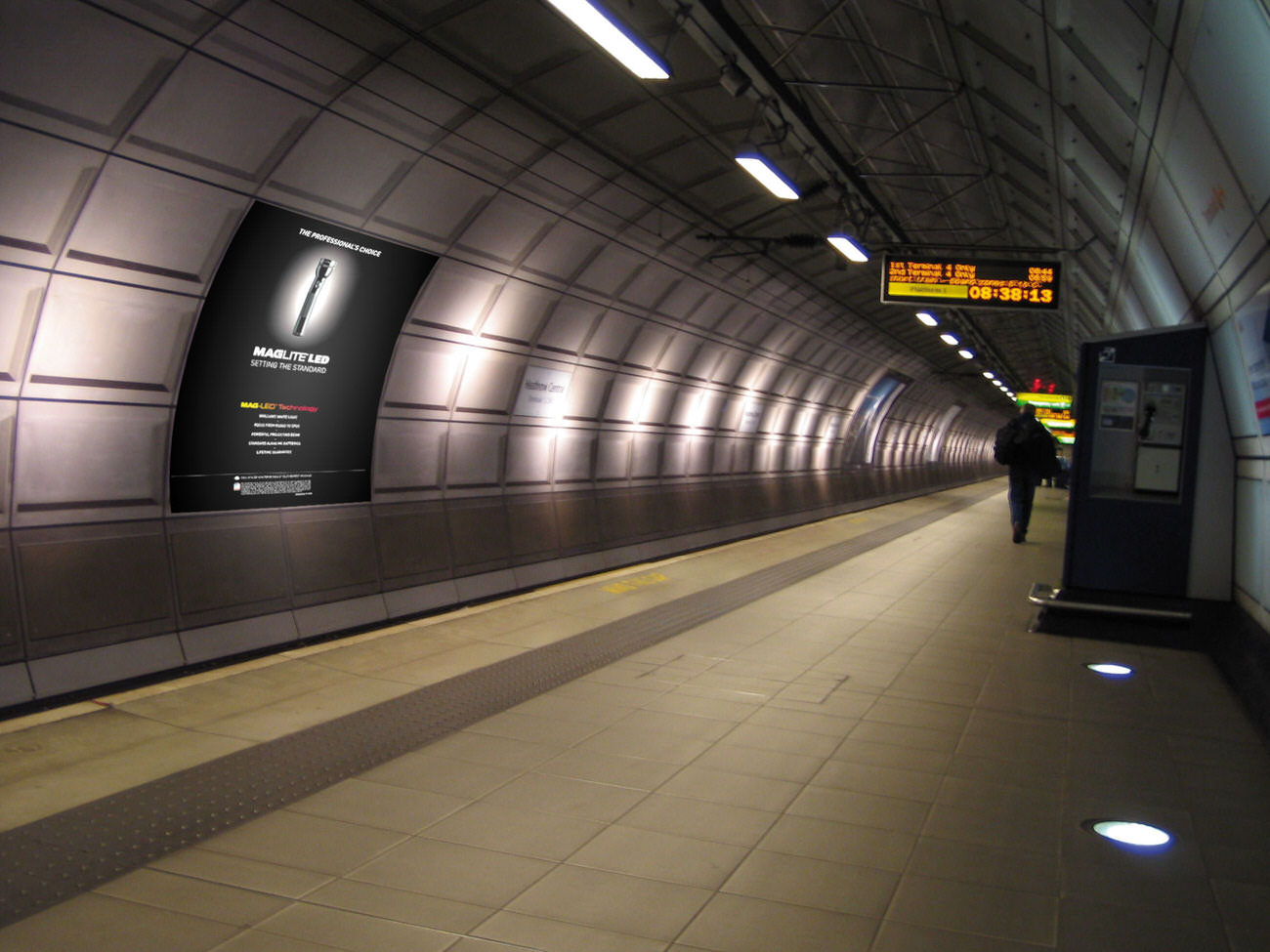 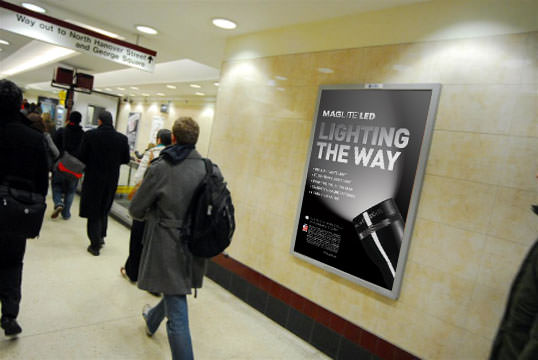